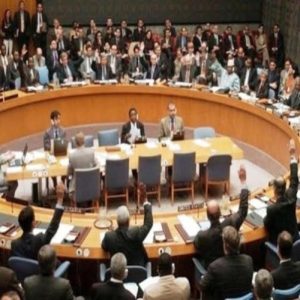 The new resolution on the Sahara adopted Friday by the Security Council (SC) has largely met the expectations of Moroccan authorities while it has bitterly disappointed Morocco’s adversaries, particularly Algeria and the Polisario.

Out of the fifteen Security Council members, only Venezuela and Uruguay voted against the text and only Russia, Angola and New Zealand abstained.

France and Spain in particular have been very active and convinced the 15-member Security Council to extend the deadline for the full resumption of the MINURSO functionality to 90 days instead of the 60 days initially proposed by the American penholder.

In a first reaction to the vote, Morocco said it took note of the resolution adopted Friday by the Security Council on the Sahara issue, a resolution that is, according to a statement issued by the Moroccan Foreign Ministry, a ”stinging setback for all the maneuvering of the UN Secretariat General.”

Actually, the Security Council has not only extended for one year the MINURSO mandate without changing its status or responsibilities, but it granted to the UN Secretary General a three month deadline to reach agreement with Morocco to end the crisis opposing him to the Kingdom because of his slippages and bias during his visit in Algeria early March.

The Council also called for the fifth consecutive year on Algeria to allow the UNHCR to register and identify the Sahrawi populations held against their will in the Tindouf camps, in Algerian territory.

For his part, Morocco’s Permanent Representative to the United Nations, Omar Hilale said the new resolution “reiterates the five fundamentals of negotiations to reach the settlement of this regional conflict which has lasted too long.”

These parameters, he said, stress that any solution to this issue can only be political, consensual and based on compromise and realism; the preeminence of the Moroccan initiative (autonomy for the Sahara,) and the efforts of the Kingdom of Morocco, recognized by the international community and the security Council as serious and credible, and the confirmation by the Council of the obsolescence and burial of plans and proposals made before 2004.

Thus Morocco’s legitimate rights and positions have been strongly supported, particularly by France and Spain, its former colonial powers, which best know this issue, and also by Egypt and Senegal, non-permanent members of the Security Council.

However, Morocco has been more or less disappointed by the attitude of the United States which was tasked with drafting the resolution.