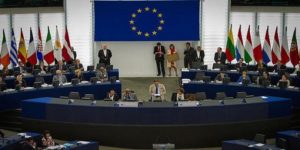 The European Parliament, meeting in a plenary session in Strasbourg on Wednesday December 14, rejected by an overwhelming majority an amendment hostile to Morocco submitted for inclusion in the European Union’s 2015 annual report on human rights.

The amendment proposed by 89 MEPs calls on the UN to extend the MINURSO mandate to human rights monitoring in the Moroccan Sahara, but it was rejected by 388 MEPs, a source close to the European Parliament in Strasbourg said.

The amendment “urges the United Nations to ensure the full restoration of the Minurso and to endow it with a human rights mandate, like all other UN peacekeeping missions in the world.”

The new maneuver of a handful of MEPs hostile to Morocco and its territorial integrity and fully aligned with the position of Algeria, which backs the separatist theses of the Polisario Front, has failed like previous attempts to force the members of the European Parliament to change their position regarding the Western Sahara issue.

But it was without counting on the vigilance of the majority of MEPs who remain faithful to their principles of integrity and who continue to support Morocco in its legitimate rights. They know that the Kingdom is by far the EU’s privileged and closest ally, contrary to Algeria which still has a long way to go to comply with European standards especially in matters of human rights and individual and collective freedoms.

The idea to extend the MINURSO mandate to human rights monitoring in Western Sahara has already been excluded by the United Nations Security Council. The rejected proposal was made in a draft resolution submitted by the representation of the United States to the United Nations.

Through the rejection of the new amendment, the European Parliament has inflicted another blow to the Polisario, its Algerian sponsors and their European lobbyists, and has at the same time refuted their false allegations on alleged human rights violations in Western Sahara.