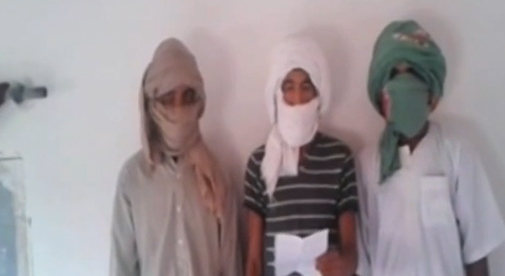 A new video circulated by young Sahrawi dissidents from the Tindouf camps sheds light on the extent of the repression exerted against the Sahrawi population by the Algeria-backed Polisario movement claiming the independence of Western Sahara.
The video circulated on social networks reveals the anger prevailing in the Tindouf camps because of the excesses and harshness of the Polisario leaders and the Algerian military intelligence services (DRS.) The continuous injustice, repression and lack of any form of freedom are driving the young Sahrawis to despair.
The people who dare express a standpoint contradicting the outlines defined by the Polisario leaders and Algerian authorities are submitted to very rough treatment. Besides, the thousands of young Sahrawis who are at grip with idleness and boredom have no freedom of movement and cannot leave the camps set up in the desert without the fear of severe punishment, underline the authors of the video.
The Polisario and its Algerian mentor adopted tougher measures to discourage any attempt to flee the camps in view of the increasing number of Sahrawis who refuse to return to the camps and prefer to stay in Morocco when they participate in the family visits exchange program between Tindouf and cities in Western Sahara. They have gone as far as suspending the UN-sponsored program whose purpose is purely humanitarian. Also, they tightened control around the camps to limit the number of youths who flee to Mauritania and wait there for an opportunity to enter Morocco.
This tough control and strict surveillance make of the Tindouf camps a large open-air prison, located in a particularly hostile desert area in south-western Algeria, underline the young Sahrawis.
The Sahrawi youths’ despair and misery ignite now and then violent protests like the fires set on August 18 and 31 August in the camps. Sometimes, the despair ends up in tragedy, as in the case of a Sahrawi young girl who committed suicide recently after she lost any hope to escape the hell of the camps and the grip of the Polisario.