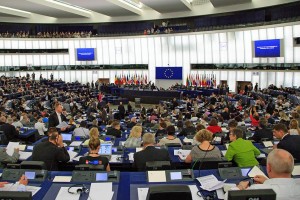 The European Parliament adopted on Wednesday a new resolution exacting the registration of the populations living in the Tindouf camps in Algeria. The initiative was prompted by the recent disclosure of the contents of a European Union report incriminating Algerian authorities and the Polisario movement for misappropriation of the international humanitarian aid destined to the camps.

The European Parliament also called, at the Wednesday plenary session, for a reassessment of the EU’s assistance and its adaptation to the real needs of the camps population.

The Tindouf camps are under the control of the Algeria-backed Polisario Front, which claims the independence of Western Sahara.

The anger of the Members of the European Parliament against Algeria was triggered by the recent release of an investigation report of the European Anti-Fraud Office (OLAF.) The document unveils massive and organized embezzlement of the international humanitarian aid by Algerian officials and Polisario leaders at the expense of the Tindouf camps Sahrawi populations.

The report authors expressed concern over the lack of accurate figures on the population living in the camps located in southwestern Algeria, near the border with Morocco.

Throughout the four past decades, Algerian authorities have deliberately hampered any attempt to identify and register the people living in the camps. According to the OLAF report, this situation is a first in the annals of the High Commissioner for Refugees (UNHCR.)

The EP’s firm resolution was adopted just after the UN Security Council unanimously endorsed a resolution urging Algeria to allow the organization of a census in the camps.

For observers, the new decisions taken by the UN and the EU mark a turning point in the Western Sahara conflict, which has been poisoning relations between Morocco and Algeria for over four decades.

Analysts deem that the decisions back largely the position of Morocco, which has proposed an autonomy plan for the disputed territory, to the detriment of Algeria and the Polisario, which want to establish a republic in the Sahara.

The international community sees with skepticism Algeria’s attempts to impose the creation of a new state of less than one million inhabitants in a vast desert territory, endangered by instability, terrorism and the proliferation of jihadist groups.