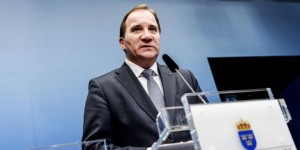 The issue of human rights is a noble cause but sometimes, it is diverted to serve grim motives, as in the case of the Swedish government’s project to recognize the “Sahara Republic” proclaimed by the Algeria-backed Polisario front, which claims the independence of the Western Sahara region.

Stockholm’s project, besides being based on dubious arguments inspired by the Polisario propaganda on alleged violations of human rights by Morocco, runs counter to the UN approach and to the stand of world capitals. Neither the UN nor major world capitals have recognized the self-proclaimed Sahrawi republic (SADR) that exists virtually rather than physically or geographically.

In addition to this, the Swedish government’s unilateral initiative drifts away from the position of the European Union itself on this issue. EU countries actually support the UN-sponsored political process seeking to achieve a negotiated solution to the Western Sahara dispute.

The UN launched the Manhasset process in 2007, when Morocco presented an autonomy plan for the regional conflict settlement. Under the plan, the territory will be granted broader political, representative and administrative powers while guaranteeing the respect of their cultural specificities.

Yet, Algiers flatly rejects the autonomy plan and upholds instead the creation of a Sahrawi republic, under the rule of the Polisario Front.

And it is through brandishing the issue of human rights and an alleged plunder by Morocco of the natural resources of the Sahara that the Polisario manages to elicit sympathy from countries like Sweden where the public opinion is particularly sensitive to such issues.

But, beyond the alleged human rights issue, the Western Sahara, a source of tension between Morocco and Algeria, is today, more than ever before, a potential danger for the entire region.

The geopolitical risk is all the greater that Western Sahara is bordering on ??the Sahel where insecurity is growing as the jihadi groups and separatist movements fill the void left by failed central powers.

Meanwhile, as put by Pechirra Manuel, President of the Luso-Arab Cooperation Institute, the Swedish government’s move could be equated with a “suicidal act against the interests of Europe.”