The sit-ins that the Polisario Front’s European supporters and sympathizers are used to organize to defend the separatists’ thesis or simply for propaganda purposes no longer take off in Europe and particularly in Spain and France where the Front is supposed to have most supporters.

The rallies organized at the request of the Polisario no longer attract crowds. European supporters and even members of the Sahrawi diaspora settled in European countries no longer show up during these demonstrations. Actually, the rare pictures posted on social networks always show the same handful of men and women participating in these demonstrations and sit-ins. 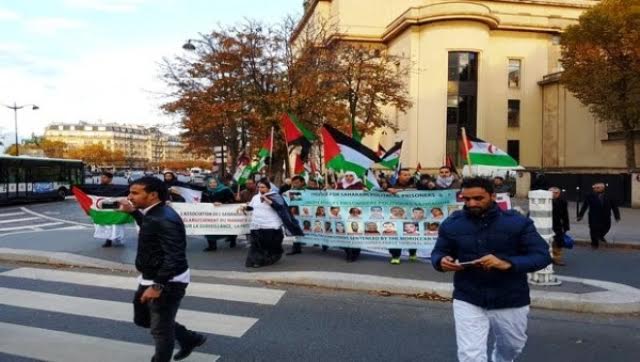 The latest two demos were held respectively on November 8 at Place Trocadéro in Paris, on the occasion of the 6th anniversary of the dismantling of Gdeim Izik’s tent camp and on December 27 in front of the Moroccan Embassy in Madrid .

The number of participants in each of the two sit-ins did not exceed forty people.

The second demonstration was held in the Spanish capital, at the call of the State coordination of solidarity associations with the Sahara (CEAS-Sahara), with the support of the Confederation of Spanish Workers’ Commissions (CCOO) which is a staunch backer of the Polisario separatist claims.

The same goes for the Moroccan Sahara provinces, where the demonstrations staged by pro-Polisario Sahrawis have become rare, especially since the UN envoy for the Sahara, Christopher Ross, stopped visiting the region.

According to a Spanish expert specializing in Maghreb issues, this evolution reflects the increasing loss of interest in the Polisario propaganda, even among the Sahrawis themselves. The Spanish expert explains that this situation heralds the deliquescence of the whimsical Sahrawi republic.